In September 2016, an image shook the fashion world.
It was not a gala dress or other fanciness of the haute couture. In fact, the whole focus was on a simple t-shirt, the kind that anyone could use. Stamped on it, five words called the attention: WE SHOULD ALL BE FEMINIST.
The quote from Chimamanda Ngozi Adichie, a Nigerian feminist writer, found its way on the catwalks of Paris Fashion Week to highlight the 2017 Dior spring show. In 70 years of history, the brand ran for the first time with a woman in the creative direction. And Maria Grazia Chiuri's message was clear. We need to bring to the spotlight the debate on feminism and gender equality. 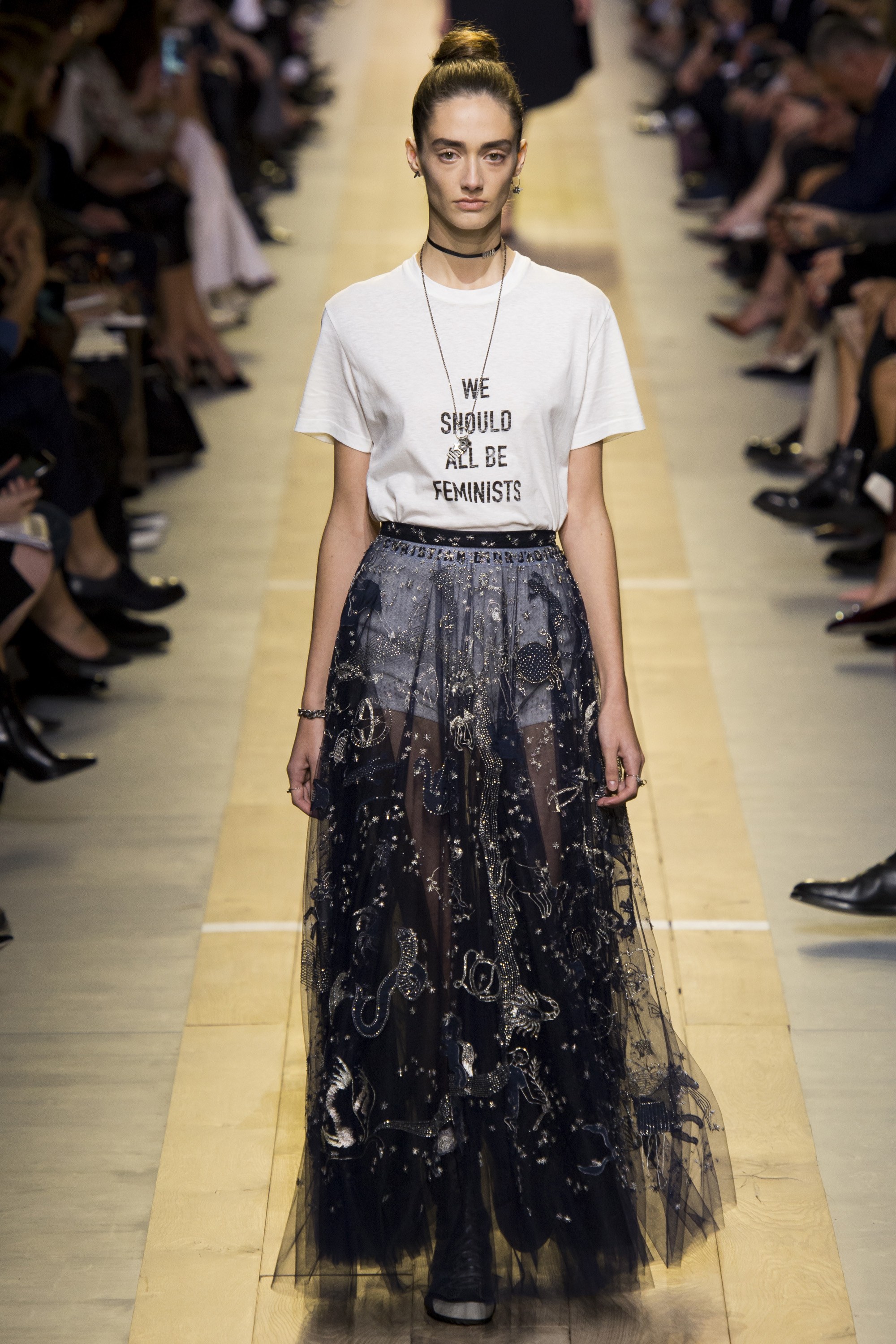 It was not the first time that Adichie’s speech, delivered in 2012 in a TEDx lecture, won the mainstream. Beyoncé had already used it on the song ***Flawless, from her 2013 Beyoncé album.
However, this was an important milestone. And not just for the fashion market, but for all brands communications with their audiences, at a time when 68% of women do not identify with the images they see in ads.
Whose fault is it? First of all, the one to blame is the communication itself. The public is willing to support companies that respect its values and 87% of people want a more meaningful interaction with brands, according to Edelman’s research.
That said, most brands need to change to communicate better. And there are plenty of reasons to make this change, especially when a negative repercussion of misplaced positions fire the social media universe.
At the beginning of 2015, Risqué launched a nail polish line called "Men we love". The controversy came soon after.
With messages like "Léo sent me flowers" and "Zeca invited me to go out" the launch was accused of sexist and became a target of internet jokes, threatening the brand reputation. This happened when, a few months earlier, Emma Watson warned in a UN conference about issues just like that. 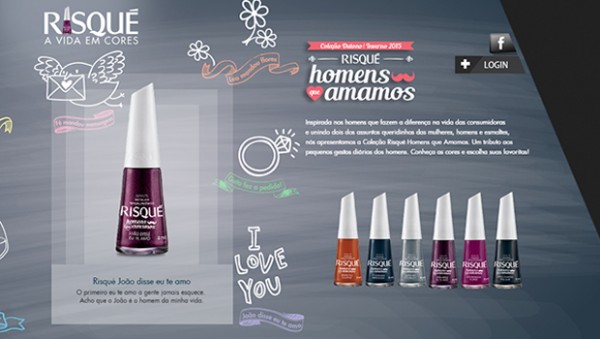 From that point on, a shift of focus was necessary. This resulted in new campaigns such as "Today I am feeling…" in 2016, and a Risqué Wonder Woman line in 2017, inspired by the strength of the heroine.
Likewise, Skol had to review its communication after the female pressure on a "I forgot the “no” at home" campaign. Launched in the Carnival of 2015, this message was a reflection of the historical exploitation of the woman's body in the Brazilian market of beer brands.
Two years have passed since then and the company, stepping further from the usual mea culpa for its past errors, rewrote its way to communicate with the female audience. In early 2017, Skol invited several artists to turn old beer ads into expression of freedom for women. An interesting trend emerges from this. Soon we will see a greater number of brands publicly revisit their history to recognize the power of women in their communication. 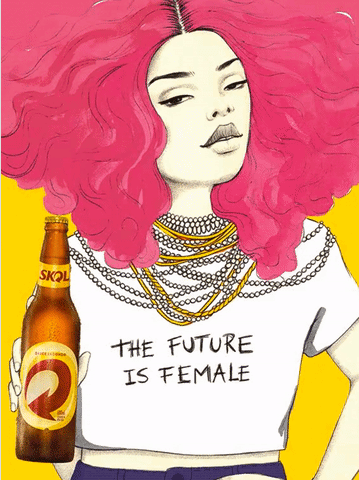 Detail of Camila do Rosário's poster for Skol (via publicity)

Take the case of Carl's Jr., a fast-food chain in the United States. After decades of sexist campaigns, in 2017 the brand literally threw old ads in the trash, repositioning itself in the market for gender equality.
To help with this transition, initiatives like Dove are welcomed. Already famous for its role in the feminine empowerment movement, the brand partnered with Mindshare from Denmark to "hack" one of the most used communication tools in the world: Shutterstock.
The ImageHack.org project influences companies and agencies to create a comprehensive visual representation of the female universe. By uploading photos in Shutterstock, it tries to reveal the beauty of real woman. But for this action to seem legit in the public’s eye, it must reflect a true positioning from the brands.
And how is it possible to communicate female empowerment across the whole brand universe? Let's continue this discussion in the next post.
Check it out!